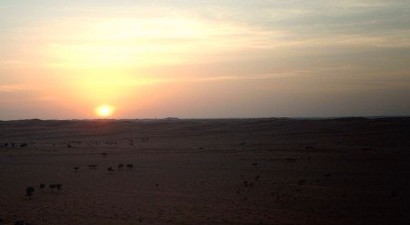 The other day, I went out for a walk, as I often like to do in the winter, on the lake behind my house. It is shallow, and it freezes over quickly, solidly, and smoothly. For someone who cannot swim, this may seem to be an odd thing to enjoy. But for some reason, I find it enjoyable, almost cathartic. As a child, one of my favorite things was when my folks took me to the Holland State Park in the winter, when the shoreline of Lake Michigan was frozen, and I could go exploring on the ice.

And as I walked out there, the snow crunching under my boots, the hairless parts of my face stinging from the sub-zero wind with no houses or trees to break it, I looked around at the frozen landscape with houses a bit in the distance, smoke and steam curling up from their chimneys, I began to wonder, as I sometimes do, why do people live here? Not necessarily me, I know why I live here, and I love living in the north. And not necessarily the European immigrants who came here, I know why they did, but before that. Why would people settle in a place that, for nearly half of the year, becomes an icy, harsh, and unforgiving landscape?

In the second year of seminary, as part of our formation, we went on an intercultural immersion trip, to experience and learn about another culture while immersed in it, and I was a part of the group that went to Oman. Oman is a wonderful nation on the southeastern coast of the Arabian Peninsula, with Saudi Arabia to the northwest, the United Arab Emirates to the north, and Yemen to the west. We spent time there with one of the RCA missionaries there. The RCA has had a continual mission presence since the late 1800’s. We were there in winter and it was still in the mid-to-upper 70’s and sunny. There are areas good for cultivating crops, but much of the landscape is a rocky, mountainous desert.

We spent a day and night in the desert, and for how hot it was during the day, it gets quite cold at night. It is a place of extremes. You can easily become dehydrated without even realizing it in a relatively short period of time. And while we were in the desert, we were visited by a group of bedouin who were selling their handmade goods. The bedouin are nomadic herders who live in the desert, and as they were there, I also began to wonder, why would anyone settle here in the first place? Why would they make their homes in this arid, hot, and unforgiving location?

I don’t think that it is a coincidence that this region of the world is the cradle of the three distinct, yet related, Abrahamic faiths — Judaism, Christianity, and Islam. And it is not just that they are from this place, but this geography is engrained into the spirituality of these faiths as well. When you can have an understanding of the landscape it is a bit easier to enter into the biblical world in your imagination. The geography is harsh, the climate oppressive, and drinkable water relatively scarce.

The ancient people had a long lesson where they learned to rely on God for guidance, food and water, and healing when vipers were sent to the camp. After his conversion, Paul spent three years in the desert of Arabia as part of his formation, and here we see that a significant part of Jesus’ formation took place during these forty days in the wilderness — the desert.

After Jesus was baptized, we are told that he was led by the Holy Spirit into the wilderness. He was not just picked up and dropped and left to fend for himself like some sort of a reality TV show. No, he was led by the Spirit who remained with him. And it was to this sparse landscape that he was driven, not to a Wisconsin-style wilderness lush with vegetation and flowing water.

We are told that Jesus didn’t eat anything during those days and at the end we are told that he was famished. After all, he was fully divine, but he was also fully human, both at the same time, two natures inseparably united in one existence. And as he was human, he needed to eat, just like you and I.

And it was at this point, he was tired, hungry, his body and spirit was likely at its weakest, and at that point that we are told that the devil shows up. How often do we have an experience like this — that the tempter, the accuser, shows up when we are at our weakest, when we are tired physically, emotionally, and spiritually, and presents us with a path that is particularly appealing to us in whatever weakened state in which we find ourselves. And so the Tempter comes to Jesus and before him lie two paths. On the one hand is the path that is consistent with his mission, the path that is self-sacrificial, the path that shows power through weakness, the path that is tough but that ultimately leads to restoration and redemption. And there is a second path that the Tempter invites him to. The path of comfort, ease, and power and authority without sacrifice. It is a path that trusts in the illusion of certainty rather than the uncertainty of divine providence.

He was tempted with the ability to make bread from stone, and therefore not having to trust in divine providence. Throwing himself off of a high building to test the Divine, and the promise to give him all of the kingdoms of the world without suffering or sacrifice.

The appeal is to his base impulses. Hunger, safety, power. And in many ways this is not that much different than us. Because it is not just about these three things — it is about something more significant, something much deeper. The temptation is, “Can I depend on God?”

And I cannot help but wonder if this is the gift of Lent. It is traditional, during Lent, to give something up. The root of that tradition is to try to, in some way, relate to the sufferings and of Christ, and relate to the denials that Christ went through in the desert when he ate nothing and denied those very real temptations. But I often question the value of giving something up for Lent, because so often it has lost focus.

We give up candy, or chocolate, or ice cream, or television or red meat, or other things in which we feel that we should not indulge. It becomes yet another self-help practice. But this misses the point. Or, we can deny ourselves something to prove to ourselves that we can do it — mind over matter and all that. But this also misses the point. The point of Lenten discipline is to bring us back to a point of focus and dependence on God.

We so often imagine the devil in this story the way that we typically do — bright red skin, black hair (with a widow’s peak), horns, and a forked tongue. The problem with this image is that the devil is clear. It is easy to resist evil when it is clear and in plain sight, and in the way that we expect to see it. However, so often it is not so clear. So often the lies and temptations do not come from our culturally conditioned view of the devil, but rather in faces that look less sinister, in voices that sound less distinctly evil. Often the tempter takes the form of a face that seems more friendly, a voice that seems more genuine. Perhaps the face that we see wears a business suit and makes great promises to us, perhaps the face we see is the one that looks back in the mirror and the voice that we hear is the one that we hear inside of our minds when we are alone.

And it is so often at our weakest moments, moments when we are afraid, tired — physically, emotionally, or spiritually — or otherwise weakened. It is these wilderness experiences in our lives that we, too, face temptations. Unemployment, sickness, fear, struggles with finances, with difficulty seeing the way forward, difficulties hearing God’s voice. It is at these times that the tempter can come with a familiar voice and face and tell us that there is another way, there is a way that is easier, that seems safer, a way that we can have everything now without having to deny ourselves, take up our crosses, and follow Jesus the Christ.

And now, we have insulated houses with central heating systems that can keep us warm, and we have air conditioning when the heat is dangerously high. We don’t have the same experiences in the same ways as our spiritual forebears. After a while on the lake, I came home stoked the woodstove. But still, we are not exempted from wilderness experiences. We are not exempt from the feeling of being lost in alone in a hostile atmosphere. Sometimes it is less obvious, but just as real. And just like the ancient people of God, and just like Jesus, we are not exempted from the lies and temptations from the Tempter.

And we need preparation to be able to face the tempter with a clear head, and not fall for the lies which sound often sound so appealing. And it is this what Lent offers us. It offers us the opportunity to refocus our lives, to reorient our lives, to place God and God’s desires as the center of our lives, and to grow in our ability to depend on God rather than on mortals or horses or chariots.

And so this year for Lent, don’t worry about giving up something but do something that will bring you closer to the Divine. Maybe it is a book, maybe it is regularly reading scripture, maybe it is a spiritual discipline of study, fasting, prayer, or service. Maybe it is to take a walk amidst the cold and ice and snow to understand that, regardless of our illusions, we are never self-sufficient or self-sustaining, but rely completely on the Divine hand.

So whatever your wilderness — our wilderness — we, too, are presented with a couple of paths. On the one, we can seek escape from it. And on the other we can lean into it, and discover what God may be helping us to learn.