Hump-Day Hymns: For All the Saints Who from Their Labors Rest 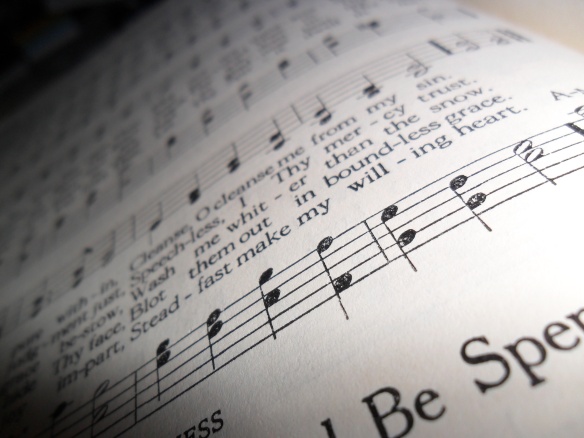 For all the saints who from their labors rest,
Who Thee by faith before the world confessed,
Thy name, O Jesus, be forever blest.
Alleluia! Alleluia!

Thou wast their Rock, their Fortress, and their Might;
Thou, Lord, their Captain in the well-fought fight;
Thou, in the darkness drear, their one true Light.
Alleluia! Alleluia!

O may Thy soldiers, faithful, true and bold,
Fight as the saints who nobly fought of old,
And win with them the victor’s crown of gold.
Alleluia! Alleluia!

O blest communion, fellowship divine!
We feebly struggle, they in glory shine;
Yet all are one in Thee, for all are Thine.
Alleluia! Alleluia!

And when the fight is fierce, the warfare long,
Steals on the ear the distant triumph song,
And hearts are brave again, and arms are strong.
Alleluia! Alleluia!

From earth’s wide bounds, from oceans’ farthest coast,
Through gates of pearl streams in the countless host,
Singing to Father, Son, and Holy Ghost,
Alleluia!  Alleluia!
-William Walsham How (1823-1897)

I was eight years old and sitting in the sanctuary of my home church. This particular day, however, was different.  It was not a Sunday and there was not a dry eye in the sanctuary. At the front was a casket that held the body of my best friend.  We had met at that church, and was actually the first friend that I had made when our family moved to town. My friend was my age, and was robbed of his life when he was hit by a car.

The only dry eye, however, was mine. This was not because I was not sad, this was because I did not know what to think or feel. I felt sad, angry, and resentful all at once. It was far more than my eight year-old self was able to process. It was surreal, and it was difficult to believe. Eight year old children should not have to deal with losing their same-age best friends.

I don’t remember what songs we sang, I don’t remember what the responsive readings were.  I do remember the officiant and I remember the basics of his message. This was my first memory from a funeral and it was the first significant discussion of the resurrection of the dead. Although I didn’t understand it in that language, what I understood was that there would be a day when I would see my best friend again, that my best friend was alive and resting in the presence of God.

I watched as the pallbearers carried my friend out of our church — the church that we shared — for the last time, and carried him across the street to the cemetery where he would stay for good.  I don’t remember much about the interment but I remember fixing the location in my mind so that I could make pilgrimages to his grave.

Fast forward eighteen years, and I find myself in a different sanctuary in the same town, surrounded by friends this time instead of family.  As before, mine was the only dry eye in the sanctuary. Unlike before there was no casket at the front of the sanctuary. As before, we were there because another one of my dear friends was robbed of his life far too soon. As before I was shocked and stunned, all the while attempting to make sense out of what was happening. I was twenty six at the time and still unable to process all that I was thinking and feeling.

Much like my friend before, I did not see a body, but I still heard my dad’s voice “It’s not your friend, it’s just a body. Your friend is gone.”  I didn’t believe that my friend was gone, I needed to see his body in order to truly believe with head and heart that my dear friend was actually dead.

This hymn is a somewhat unique in that it is not a dirge and it does not express sadness and mourning.  In fact, this hymn praises God at the very time that friends and family who survive the deceased are mourning their loss.

When I am mourning I have difficulty praising God. I am busy mourning and being angry at God for something of which I cannot make sense or understand. This is one of the things which is so wonderful about hymns — they offer words when words cannot be found, and they provide a way to express faith even when faith is difficult.

This is a beautiful hymn which looks forward to the resurrection and gives thanks for the life that was lived.  Although I do not remember singing these words at either of these funerals, but the message sounds very familiar. It is not a message, but it is one that is needed to hear again and again.

Your friend is resting with God, and you’ll see him again.